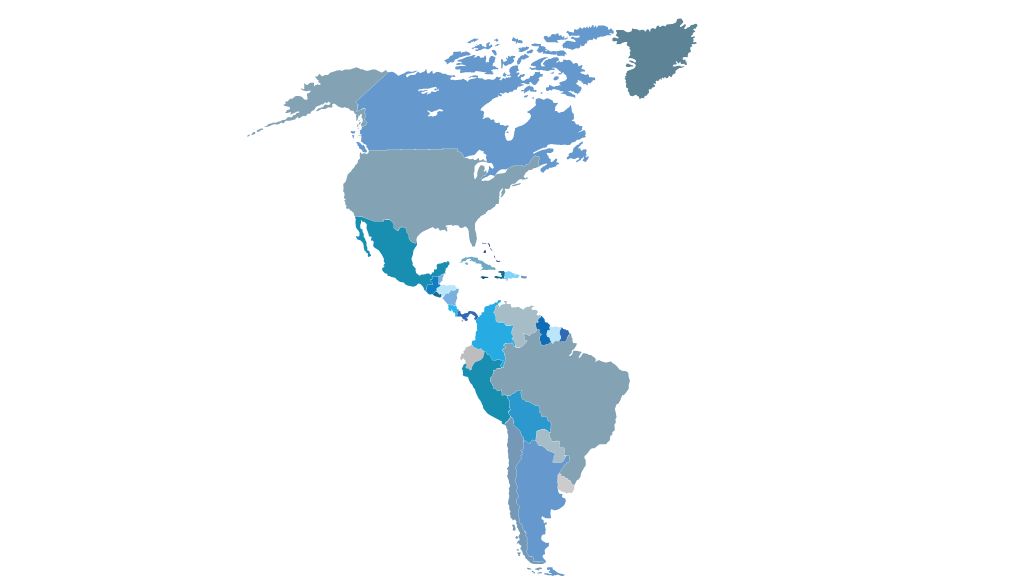 This alert follows reports in Brazil of microcephaly and other poor pregnancy outcomes in babies of mothers who were infected with Zika virus while pregnant. However, additional studies are needed to further characterize this relationship. More studies are planned to learn more about the risks of Zika virus infection during pregnancy.

Until more is known, and out of an abundance of caution, CDC recommends special precautions for pregnant women and women trying to become pregnant:

Because specific areas where Zika virus transmission is ongoing are difficult to determine and likely to change over time, CDC will update this travel notice as information becomes available.

Currently, there is no vaccine to prevent or medicine to treat Zika. 4 in 5 people who acquire Zika infection may have no symptoms. Illness from Zika is usually mild and does not require hospitalization. Travelers are strongly urged to protect themselves by preventing mosquito bites:

In addition to the steps announced today, CDC is working with public health experts across the U.S. Department of Health and Human Services (HHS) to take additional steps related to Zika. CDC is developing interim guidance for pregnant women as well as sharing additional information about Zika with public health officials, clinicians and the public.  In addition, efforts are underway across HHS to develop vaccines, improved diagnostics and other countermeasures for Zika.

CDC scientists tested samples provided by Brazilian health authorities from two pregnancies that ended in miscarriage and from two infants with diagnosed microcephaly who died shortly after birth. For the two full-term infants, tests showed that Zika virus was present in the brain. Genetic sequence analysis showed that the virus in the four cases was the same as the Zika virus strain currently circulating in Brazil.  All 4 mothers reported having experienced a fever and rash illness consistent with Zika virus disease (Zika) during their pregnancies.

Locally acquired Zika was reported for the first time in Brazil in May 2015, and the virus has since been reported in 14 countries and territories in Latin America and the Caribbean:  Brazil, Colombia, El Salvador, French Guiana, Guatemala, Haiti, Honduras, Martinique, Mexico, Panama, Paraguay, Suriname, Venezuela, and Commonwealth of Puerto Rico.

According to Brazilian health authorities, more than 3,500 microcephaly cases were reported in Brazil between October 2015 and January 2016.  Some of the affected infants have had a severe type of microcephaly and some have died.  The full spectrum of outcomes that might be associated with infection during pregnancy and the factors that might increase risk to the fetus are not yet fully understood. Health authorities in Brazil, with assistance from the Pan American Health Organization, CDC, and other agencies, have been investigating the possible association between Zika virus infection and microcephaly in infants. However, additional studies are needed to further characterize this relationship. More studies are planned to learn more about the risks of Zika virus infection during pregnancy.

In the past, outbreaks of Zika virus infection have occurred in Africa, Southeast Asia, and the Pacific Islands.  Zika virus is transmitted to people primarily through the bite of an infected Aedes species mosquito.  About one in five people infected with Zika virus will develop symptoms, which include fever, rash, joint pain, and conjunctivitis (pink eye). Other commonly reported symptoms include myalgia, headache, and pain behind the eyes. The illness is usually mild with symptoms lasting from several days to a week. Severe disease requiring hospitalization is uncommon and case fatality is low. Guillain-Barré syndrome has been reported in patients with probable Zika virus infection in French Polynesia and Brazil. Research efforts will also examine the link between Zika and GBS.

For more information about Zika:

Bolivia: Travel Disruptions Due To Blockades